Ultra Necrozma is an alternate form of Necrozma that was introduced in Ultra Sun & Ultra Moon. It plays a major part in the story of those games and is generally extremely powerful. And it spits on my definitions of form transitions in ways I hadn’t thought about.

To start with, Ultra Necrozma: 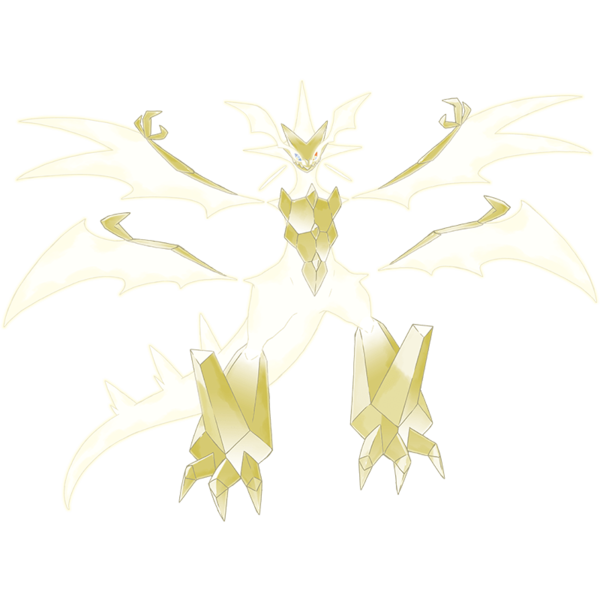 This isn’t too bad, there’s already a Pokémon quite similar to that actually! Kyurem, introduced in Generation 5 (Black & White) can be fused with either Reshiram or Zekrom to make White Kyurem or Black Kyurem respectively. From PokémonCompDB’s perspective this is a pretty normal form change.

Similar to Kyurem, Necrozma learns the signature move of the Pokémon it’s fusing with when changing form. (Similar, not the same, because Kyurem learns those moves by leveling up in that form, not upon changing into the form.)

Ultra Necrozma is where things start to go sideways. Dusk Mane or Dawn Wings Necrozma can transform into Ultra Necrozma during battle if they’re holding Ultranecrozium Z (which has a mouthful of a name, even after dropping a few syllables from its constituent words). 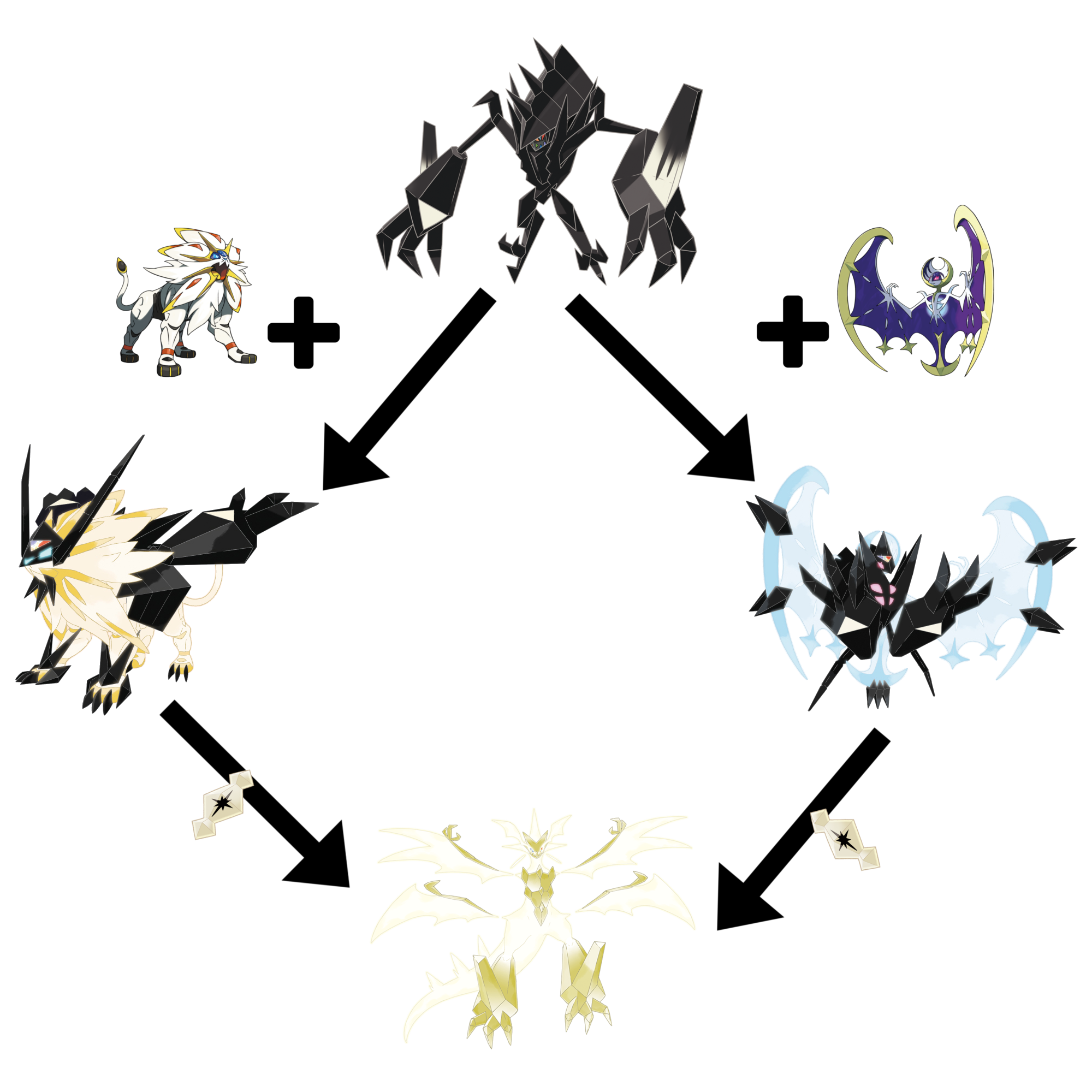 Pokémon that change form mid battle due to holding an item are not new. In fact, they’ve been around for a while and I’ve dealt with them before. All mega evolutions are like this. Giratina and the Griseous Orb is like this. And so is Arceus and the various plates (and now non-specific Z crystals as well).

The difference here is that base, non-fused Necrozma can’t become Ultra Necrozma. But you could totally give a normal Necrozma an Ultranecrozium Z to hold. It wouldn’t do anything, but maybe you want to test the limits of my patience.

I outlined the different kinds of form changes back when I was talking about Rotom. Now Necrozma is the first Pokémon I’ve run into that has both a temporary form change and repeatable form changes. And the temporary change is only available for some of the repeatable ones. 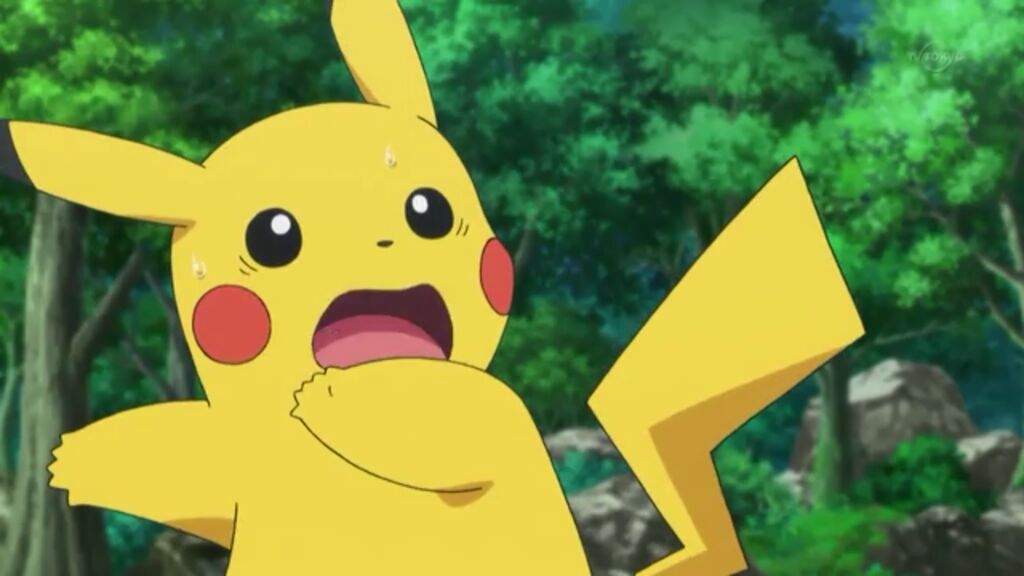 But it can’t know both at the same time.